- Pilgrim in the Microworld 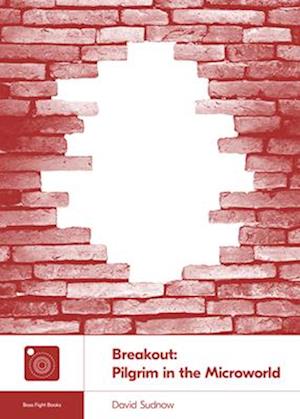 Just as the video game console market was about to crash into the New Mexico desert in 1983, musician and sociologist David Sudnow was unearthing the secrets of "eye, mind, and the essence of video skill" through an exploration of Atari's Breakout, one of the earliest hits of the arcade world. Originally released under the title Pilgrim in the Microworld, Sudnow's groundbreaking longform criticism of a single game predates the rise of serious game studies by decades. While its earliest critics often scorned the idea of a serious book about an object of play, the book's modern readers remain fascinated by an obsessive, brilliant, and often hilarious quest to learn to play Breakout just as one would learn the piano. Featuring a new critical foreword and freshly edited text, Breakout makes a perfect addition to Boss Fight's lineup of critical, historical, and personal looks at single video games. We're proud to restore this classic to print and share with new audiences Sudnow's wild pilgrimage into the limitless microworld of play.