- An Epic Novel Spanning The Globe And The Greatest Century 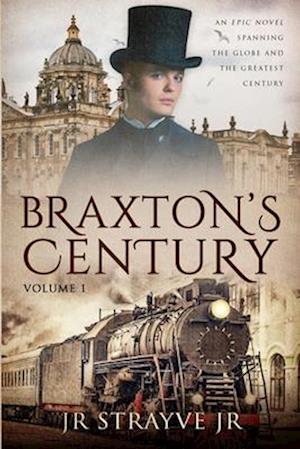 Prince Braxton, the third son of the fictional Prince of Wales, is hell-bent on ripping free from the gilded cage that is his life. Brilliant, driven, courageous and true-to-self, the young prince breaks with social norms and lives his life on his own terms.Follow an undaunted young Prince Braxton in this first volume of three, blazing a sizzling trail spanning the 1860s to the 1960s, the most dynamic 100 years in history. A century of world wars, engineering marvels, romances defying social morays, death, revolutions, espionage, requited and unrequited love.Flaunting extravagant literary license, the author expunged the Victorian royal family and replaced it with one worthy of reigning over the world's most powerful empire. In this historical dystopia, Braxton escapes the rarified air of the imperial court and charges full bore, building an economic empire spanning Europe, Russia, Japan, Hong Kong, Singapore, India and the Americas. All this framed alongside wars, the Industrial Revolution, murder, assassinations, and fluid sexual assignations. Dive into this saga, buckle up, and journey alongside Braxton as he tears through life on his own terms, crafting history's greatest century