Bound Like Grass: A Memoir from the Western High Plains 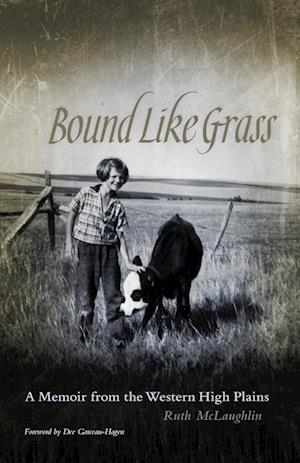 A stark portrayal of homesteading and family hardship At the start of this haunting memoir, Ruth McLaughlin returns to the site of her childhood home in rural eastern Montana. In place of her family's house, she finds only rubble and a blackened chimney. A fire has taken the old farmstead and with it ninety-seven years of hard-luck memories. Amidst the ruins, a lone tree survives, reminding her of her family's stubborn will to survive despite hardships that included droughts, hunger, and mental illness. Bound Like Grass is McLaughlin's account of her own - and her family's - struggle to survive on their isolated wheat and cattle farm. With acute observation, she explores her roots as a descendant of Swedish American grandparents who settled in Montana at the turn of the twentieth century with high ambitions, and of parents who barely managed to eke out a living on their own neighboring farm. In unvarnished prose, McLaughlin reveals the costs of homesteading on such unforgiving land, including emotional impoverishment and a necessary thrift bordering on deprivation. Yet in this bleak world, poverty also inspired ingenuity. Ruth learned to self-administer a fashionable razor haircut, ignoring slashes to her hands; her brother taught himself to repair junk cars until at last he built one to carry him far away. Ruth also longs for a richer, brighter life, but when she finally departs, she finds herself an alien in a modern world of relative abundance. While leaving behind a life of hardship and hard luck, she remains bound - like the long, intertwining roots of prairie grass - to the land and to the memories that tie her to it. Ruth McLaughlin lives in Great Falls, Montana, where she teaches literacy and writing. Her stories and essays have appeared in magazines and anthologies, including Best American Short Stories Dee Garceau-Hagen is the editor of Portraits of Women in the American West.