Bored to Death in the Baltics 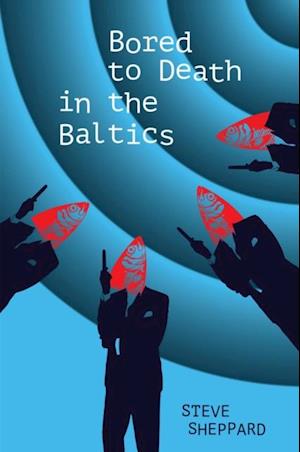 Bored to Death in the Baltics is a comedy thriller, a sequel to A Very Important Teapot, set four months later. Saul Dawson and Lucy Smith, still working for a minor department of MI6, get caught up in the apparent assassination of a foreign scientist working on a top secret project. Meanwhile, a traitor is on the loose within the secret service.It's murder, mayhem and mirth. Full of twists, puns and action, it's so brilliantly constructed that only the comedic genius of Steve Sheppard could have written it. When a bomb explodes in front of Dawson on a sunny June morning, he is lucky to escape with his life, certainly luckier than the man he is following.But finding himself a few hours later in the bilges of a ship heading for the eastern Baltic is less fortunate as that is not how he'd planned to spend his weekend. Who is the man assassinated by the bomb?Who has kidnapped Dawson, and will Lucy Smith find him in time?What is happening deep underground in rural Estonia and leafy Surrey?Is there a double agent within MI6?Who are the tantalising Sesks twins really working for?Can Dawson and Lucy distinguish Wright from Rong?And can Dawson avoid being bored to death?