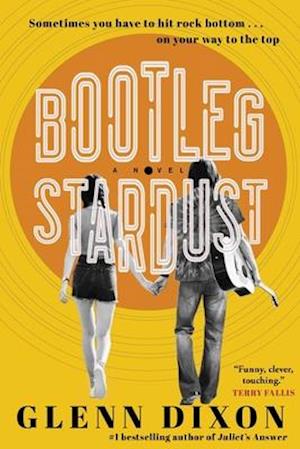 Daisy Jones & the Six meets Nick Hornby in this uplit debut novel about a young musician who lands an audition that catapults him into the wild world of rock and roll stardom where things are not always what they seem. Sometimes you have to hit rock bottom on your way to the top. It's 1974 and the music world is rocking with bellbottoms, platform shoes, shaggy hair, and lots and lots of drugs. The debut album from the almost famous American band, Downtown Exit, is racing up the charts, but for high school dropout Levi Jaxon, things couldn't be worse. After bouncing around foster homes for years, Levi is living in his best friend's basement. His dream is to someday be a rock star, just like Jim Morrison or Downtown Exit's Pete Gunnerson. He even sounds a little like Pete. Levi has a problem though--his own band's just broken up. In an uncanny stroke of luck, Levi lands an audition for Downtown Exit, who are recording their second album in England. He arrives in London and aces his audition, only to learn he's not really in the band. No, Levi's job is to stand off-stage with his guitar, ready to cover for Pete when the guitarist inevitably starts tripping out. Levi sticks with it, hoping to step into the role he's always dreamed of. But fame comes with a price, and he must navigate egos, jealousies, and deceptions as he is caught up in an especially fraught love triangle between Frankie, the band's frontman, and Ariadne, the alluring socialite who has imbedded herself with the group. And as the band tours around Europe, under the gun from their label to finish their album, Levi comes face to face with the unanswered questions from his past and discovers the sacrifices the creation of art demands. Utterly magical and transporting, Bootleg Stardust is a one-of-a-kind joyride about the power of music to bring people together--and break them apart--and the courage it takes to find your own voice.