- Sight and Sound: Compositions in Art and Music 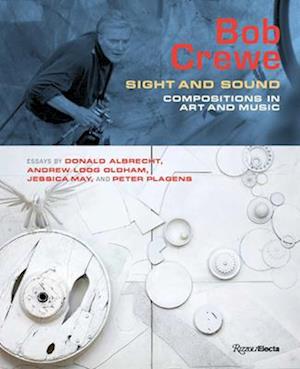 Best known for having written and produced some of the seminal records of American popular culture from Big Girls Don t Cry for the Four Seasons to Silence is Golden for the Tremeloes and Lady Marmalade for LaBelle Bob Crewe was a multifaceted artist for whom a passion for painting and the visual arts provided a lifelong counterbalance to music. Collected here are more than 80 of Bob Crewe s artworks, stretching from his first forays into abstract expressionism in the 1950s and 1960s to more complex, tactile compositions made on his full-time return to painting in the 1990s accompanied by archival images and ephemera that reflect Crewe s simultaneous contribution to popular music. Essays by Jessica May and Peter Plagens explore the development of an artist whose influences ranged from Rauschenberg and Johns to Warhol and Bacon; legendary record producer Andrew Loog Oldham captures the period of radical experimentalism in which Crewe wrote many of the most memorable songs in the canon of modern pop; and Donald Albrecht s introduction ties together the many complementary aspects of Crewe s personal and creative lives.

Forfattere
Bibliotekernes beskrivelse The first book to explore the extraordinary musical life and remarkable paintings of one of America s greatest ever songwriters. 180 colour and black and white photographs