Black Humor and the White Terror

indgår i serie Routledge Histories of Central and Eastern Europe 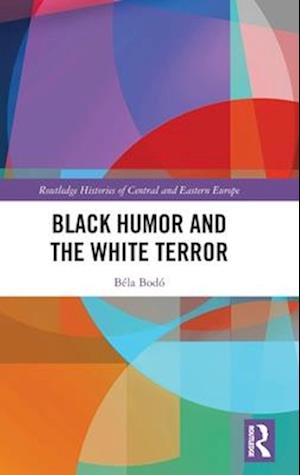 This book examines political humour as a reaction to the lost war, the post-war chaos and antisemitic violence in Hungary between 1918 and 1922. While there are an increased body of literature on Jewish humour as a form of resistance and a means of resilience during the Holocaust, only a handful of studies have addressed Jewish humour as a reaction to physical attacks and increased discrimination in Europe during and after the First World War. The majority of studies have approached the issue of Jewish humour from an anthropological, cultural or linguistic perspective; they have been interested in the humour of lower or lower-middle-class Jews in the East-European shtetles before 1914. On the other hand, this study follows a historical and political approach to the same topic, and focuses on the reaction of urban, middle-class and culturally assimilated Jews to recent events: to the disintegration of the Dual Monarchy, the collapse of law and order, increased violence, the reversal of Jewish emancipation and the rise of new and more pernicious antisemitic prejudices. The study sees humour not only as a form of entertainment and jokes as literature and a product of popular culture, but also as a heuristic devise to understand the world and make sense of the recent changes, as well as a means to defend one's social position, individual and group identity, strike back at the enemy, and last but not least, to gain the support and change the hearts and minds of non-Jews and neutral bystanders. Unlike previous scholarly works on Jewish resistance during the Holocaust, this study sees Budapest Jewish humour after WWI as a joint adventure: as a product of urban and Hungarian culture, in which Jewish not only played an important role, but also cofounded. Finally the book addressed the issue of continuity in Hungarian history, the "twisted road to Auschwitz": whether urban Jewish humour, as a form of escapism, helped to desensitivised the future victims of the Holocaust to the approaching danger, or it continued to play the same defensive and positive role in the interwar period, as it had done in the immediate aftermath of the Great War.