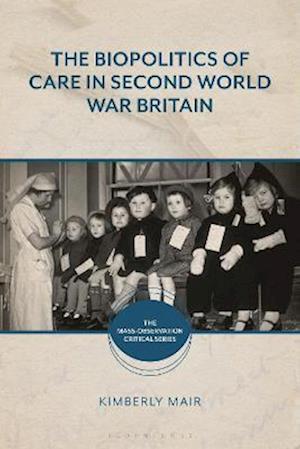 During the crisis of the Second World War in Britain, official Air Raid Precautions made the management of daily life a moral obligation of civil defence by introducing new prescriptions for the care of homes, animals, and persons displaced through evacuation. This book examines how the Mass-Observation movement recorded and shaped the logics of care that became central to those daily routines in homes and neighbourhoods. Kimberly Mair looks at how government publicity campaigns communicated new instructions for care formally, while the circulation of wartime rumours negotiated these instructions informally. These rumours, she argues, explicitly repudiated the improper socialization of evacuees and also produced a salient, but contested, image of the host as a good wartime citizen who was impervious to the cultural invasion of the ostensibly 'animalistic', dirty, and destructive house guest. Mair also considers the explicit contestations over the value of the lives of pets, conceived as animals who do not work with animal caregivers whose use of limited provisions or personal sacrifice could then be judged in the context of wartime hardship. Together, formal and informal instructions for caregiving reshaped everyday habits in the war years to an idealized template of the good citizen committed to the war and nation, with Mass-Observation enacting a watchful form of care by surveilling civilian feeling and habit in the process.