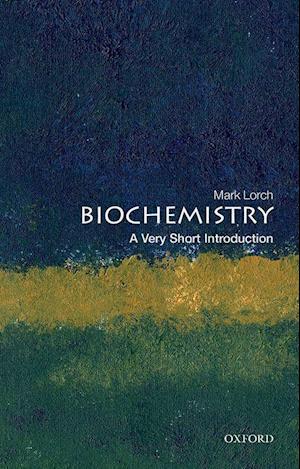 The Augustan period in Rome was a golden age for poetry, and also the age in which the cult of the author began in the west. By examining some early poetic understandings of what it might have meant to be Vergil, Ovid, and Tibullus, Constructing Authors and Readers in the Appendices Vergiliana, Tibulliana, and Ouidiana explores what those authors meant to near-contemporaries, and what the construction of authorship they were a part of meant to thelater western tradition. Constructing Authors and Readers in the Appendices Vergiliana, Tibulliana, and Ouidiana takes its starting point from the Appendices attached to three major Augustan poets, exploring how their different conditions of production, and the differences between their authorising authors, result in different notions of what an appendical text 'ought' to contain. So, for instance, Vergil's biography leaves ample room for 'juvenilia', while Ovid's does not; the Tibullan appendixexplicitly engages with a wider poetic community. Moving beyond questions of forgery and deception, some chapters ask how we would be able to know the difference between texts of genuine and of disputed authorship, given that most of the stylistic features that distinguish authors are replicable. Other chapters make thecase for re-evaluation of poems that have been neglected or disparaged, and still others make sense of individual works in their likely context of composition. The volume is the first to treat in conjunction the majority of the appendical works ascribed to Vergil, Ovid, and Tibullus, and to draw connections across corpora.Very Short Introductions: Brilliant, Sharp, Inspiring From the simplest bacteria to humans, all living things are composed of cells of one type or another, all of which have fundamentally the same chemistry. This chemistry must provide mechanisms that allow cells to interact with the external world, a means to power the cell, machinery to carry out varied processes within the cell, a structure within which everything runs, and also governance through a web of interlocking chemical reactions. Biochemistry is the study of those reactions, themolecules that are created, manipulated, and destroyed as a result of them, and the massive macromolecules (such as DNA, cytoskeletons, proteins and carbohydrates) that form the chemical machinery and structures on which these biochemical reactions take place. It didn't take long for an understanding of the chemistry of life to turn into a desire to manipulate it. Drugs and therapies all aim to modify biochemical processes for good or ill: Penicillin, derived from mould, stops bacteria making their cell walls. Aspirin, with its origins in willow bark, inhibits enzymes involved in inflammatory responses. A few nanograms of botulinum toxin (botox), can kill by preventing the release of neurotransmitters from the ends of nerves and so leads to paralysisand death, or give a wrinkle free forehead (if administered in very tiny quantities).This Very Short Introduction discusses the key concepts of biochemistry, as well as the historical figures in the field and the molecules they studied, before considering the current science and innovations in thefield, and the interaction between biochemistry, biotechnology, and synthetic biology. ABOUT THE SERIES: The Very Short Introductions series from Oxford University Press contains hundreds of titles in almost every subject area. These pocket-sized books are the perfect way to get ahead in a new subject quickly. Our expert authors combine facts, analysis, perspective, new ideas, and enthusiasm to make interesting and challenging topics highly readable.

Forfattere
Bibliotekernes beskrivelse By examining some early poetic understandings of what it might have meant to be Vergil, Ovid, and Tibullus, this volume explores what those authors meant to near-contemporaries, and what the construction of authorship they were a part of meant to the later western tradition.All living things are composed of cells, which have fundamentally the same chemistry. Biochemistry is the study of reactions within these cells, and the molecules that are created, manipulated, and destroyed as a result of t 23 black and white images