- The European Experience in the Twentieth Century 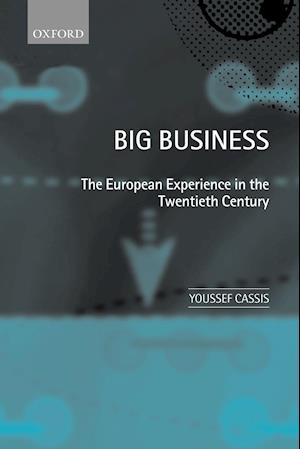 This is a major comparative study of big business in the three dominant European nations across the 20th century. In particular the author looks at the character and performance of the major companies in each country at five snapshot moments through the century. In so doing he offers a broad and sweeping analysis of European business amply supported by a wealth of empirical data. Cassis view often challenges widely held assumptions about, for example, entrepreneurial failure in Britain; the relationship between big business and the Nazis in Germany; and the rebuilding of France in the post war period. To fill out his story Cassis looks closely at the role and charcter of the business elites in each country and and their relationship with wider social and political developments. The book will be essential reading for anyone interested in the development of European business and the links between business practice and the wider social and political environment in each country.

Forfattere
Bibliotekernes beskrivelse This is a study of big business in three dominant European nations across the 20th century. It looks at the character and performance of the companies at five snapshot moments through the century - offering a broad and sweeping analysis of European business supported by empirical data. tablesPRIZES:Winner of Wadsworth Prize 1998