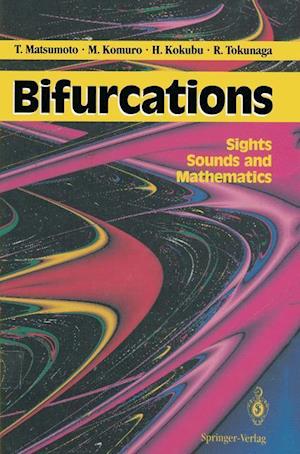 Bifurcation originally meant "splitting into two parts. " Namely, a system under goes a bifurcation when there is a qualitative change in the behavior of the sys tem. Bifurcation in the context of dynamical systems, where the time evolution of systems are involved, has been the subject of research for many scientists and engineers for the past hundred years simply because bifurcations are interesting. A very good way of understanding bifurcations would be to see them first and study theories second. Another way would be to first comprehend the basic concepts and theories and then see what they look like. In any event, it is best to both observe experiments and understand the theories of bifurcations. This book attempts to provide a general audience with both avenues toward understanding bifurcations. Specifically, (1) A variety of concrete experimental results obtained from electronic circuits are given in Chapter 1. All the circuits are very simple, which is crucial in any experiment. The circuits, however, should not be too simple, otherwise nothing interesting can happen. Albert Einstein once said "as simple as pos sible, but no more" . One of the major reasons for the circuits discussed being simple is due to their piecewise-linear characteristics. Namely, the voltage current relationships are composed of several line segments which are easy to build. Piecewise-linearity also simplifies rigorous analysis in a drastic man ner. (2) The piecewise-linearity of the circuits has far reaching consequences.