Beyond the Soviet Union

- The Fragmentation of Power 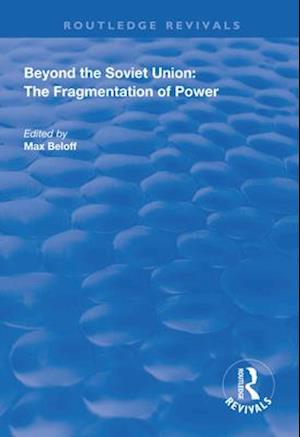 First published in 1997, this book explores the upheavals within the Soviet Union that ended the Cold War balance of terror and forced an attempt to create market economies and democratic policies in the Western ideological mould. . The 10 chapters of this book, reprints of Conflict Studies between 1989 and 1994, deal with particular internal issues within the former Soviet Union and its successor states, with their relations with each other and with their neighbours in Europe. They include changes between civil and military authorities, especially in Russia and the Ukraine and to implications for nuclear and conventional disarmament as well for foreign policy in general.