- Desire, Homosociality, and Brotherhood in the Medieval Empire 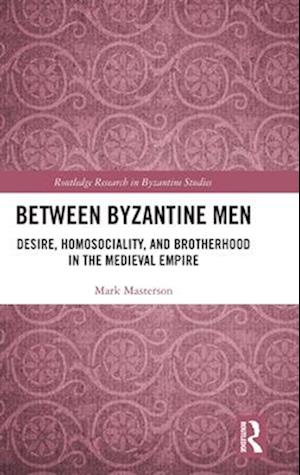 The presence and importance of same-sex desire between men in the Byzantine Empire has been understudied. While John Boswell and others tried to open a conversation about desire between Byzantine men decades ago, the field reverted to emphasis on prohibition and an inability to read the evidence of same-sex desire between men in the sources. Between Byzantine Men: Desire, Homosociality, and Brotherhood in the Medieval Empire challenges and transforms this situation by placing at centre stage Byzantine men's desiring relations with one another. This book foregrounds desire between men in and around the imperial court of the 900s. Analysis of Greek sources (many untranslated until now) and of material culture reveals a situation both more liberal than the medieval West and important for its rite of brother-making (adelphopoiesis), which was a precursor to today's same-sex marriage. This book transforms our understanding of Byzantine elite men's culture and is an important addition to the history of sex and desire between men. Between Byzantine Men will appeal to scholars and general readers who are interested in Byzantine History, Society, and Culture, the History of Masculinity, and the History of Sexuality.