Best Seat in the House

- Your Backstage Pass Through My Wwe Journey 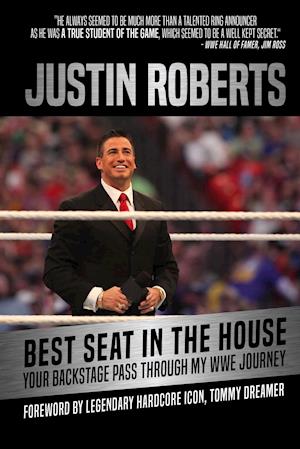 If you ever wondered what it's like to be a giant wrestling fan and work at WWE under Vince McMahon and travel the world with co-workers who have been the stars of pro wrestling from the 90s through today, this is the definite book for you. This is the story of a passionate professional wrestling fan who wanted nothing more than to be the ring announcer for World Wrestling Entertainment. Best Seat in the House covers the journey of the type of ambitious kid that Justin Roberts was. Wrestling fans always want to know how he got his job, and this book discusses the path he took to get there, the people he met along the way and the experiences that helped shape his character. From his WWE tryout to his final night on the big stage, Justin gives

you an in-depth look at his journey to catch and live the job of his dreams. From playing with action figures of Bret Hart, Shawn Michaels, The Ultimate Warrior and Hulk Hogan to actually announcing them to the ring-Justin truly lived out his dream. Apart from announcing the top wrestlers in the industry from "Stone Cold" Steve Austin, The Rock to John Cena, Brock Lesnar, Ric Flair and The Undertaker, Justin also describes the politics, travel requirements of WWE talent and the overall treatment from the monopoly that drives the wrestling industry. There were so many ups, but also so many downs, and this title is the backstage pass for those who have always wondered what it would be like as a wrestling fan to actually get to work at the Disneyland of wrestling. With no hopes or interest to return to WWE and unlike those who write books while still in a relationship with the company, Justin is very honest in sharing his story. A world that's more than just scripted ballet and spandex with real-life physical action and hardworking athletes, the story of working with individuals who are real-life superheroes to all ages and genders and ethnic cities all over the world.