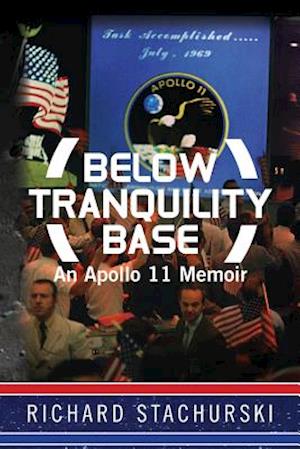 On July 16, 1969 at 8:27 am, Flight Director Cliff Charlesworth polled the flight controllers in the Houston Mission Operations Control Room asking for a final GO/NO-GO for the launch of Apollo 11. He ran through his list, "BOOSTER, how are you?" "We're GO, FLIGHT." "EECOM?" "GO, FLIGHT." Finally he reached the fifth call out on his list, "NETWORK, you got it all? Everything up?" "That's affirmative, FLIGHT." A twenty-eight year old U.S. Air Force captain, liberal arts graduate, and history major, sitting in a room full of bona fide rocket scientists, had just committed a worldwide network of tracking stations, ships, and aircraft to the successful completion of man's first attempt to land on an extraterrestrial body. Join Richard Stachurski for the ride along a most unlikely career path that led him from an Air Force bunker in South Dakota to a mission control room in Houston for a front-row seat to humanity's first steps on the moon. Follow the trajectory of a mission to space from pre-flight simulations all the way through to the launch and successful recovery of the crew in one of the most significant missions in human history. Read about Stachurski's own unlikely path from a Minuteman launch bunker in South Dakota to Houston and NASA. Though Stachurski had never even seen a missile, let alone launched one, it was this experience that led him to be called for an interview with NASA, and ultimately gave him a front-row seat for the lunar landing in 1969. Relive the experience through candid, insider details of one of humanity's greatest achievements-and, on a more personal level, of the infinite possibilities a life can hold.