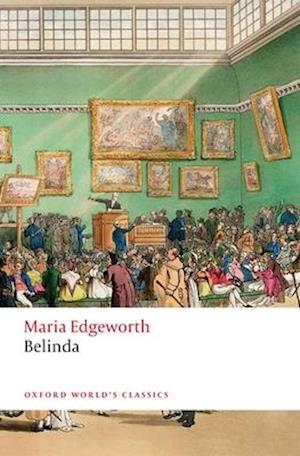 'It is singular, that my having spent a winter with one of the most dissipated women in England should have sobered my mind so completely.'Maria Edgeworth's 1801 novel, Belinda, is an absorbing, sometimes provocative, tale of social and domestic life among the English aristocracy and gentry. The heroine of the title, only too conscious of being 'advertised' on the marriage market, grows in moral maturity as she seeks to balance self-fulfilment with achieving material success. Among those whom she encounters are the socialite Lady Delacour, whose brilliance and wit hide a tragic secret, the radical feminist Harriot Freke,the handsome and wealthy Creole gentleman Mr Vincent, and the mercurial Clarence Hervey, whose misguided idealism has led him into a series of near-catastrophic mistakes. In telling their story Maria Edgeworth gives a vivid picture of life in late eighteenth-century London, skilfully showing both theattractions of leisured society and its darker side, and blending drawing-room comedy with challenging themes involving serious illness, obsession, slavery and interracial marriage.

Forfattere
Bibliotekernes beskrivelse Belinda (1801) tackles issues of gender and race in a manner at once comic and thought-provoking. Braving the perils of the marriage market, Belinda learns to think for herself as the examples of her friends prove singularly unreliable.