- Volume One of the Being Jesus Trilogy 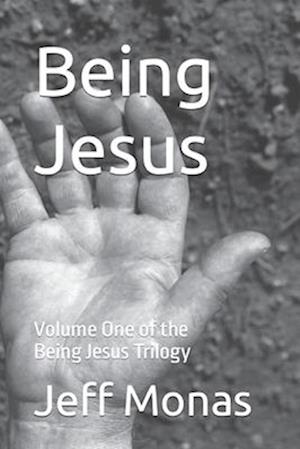 Being Jesus is a fictionalized account of the historical Jesus, depicting his life in ancient Palestine from the time he was born until his death. The book is written in the first person with Jesus revealing precisely how the major events in his life unfolded. The story begins with Jesus describing his childhood in a much different way than it was depicted in the gospels. This account portrays Jesus as a rebellious teen and describes how he ventured out on his own to join the Essenes, an ancient Jewish sect that flourished in Palestine until the end of the 1st century AD. Jesus also explains how he came to meet John the Baptist, and was inspired to return to Galilea and begin providing medical aid to those in need by using techniques he had learned while living with the Essenes. This is how Jesus comes to the attention of Peter, and eventually befriends all of the Apostles, as well as meeting Mary, who would become his wife. Jesus describes how his understanding of the credo, 'do unto others as you would have others do unto you, ' eventually brought him renown, and how it slowly grew into a populist philosophy. He also recounts his early speeches given to small crowds, and explains how he learned to become an enormously gifted public speaker. Jesus also reveals how his life became increasingly more complicated as his celebrity increased, and describes how events like the death of John the Baptist forced him to take on a greater role in the politics of first century Palestine. This is not a religious book. It is a work of historical fiction in which Jesus tells the story of his struggle to establish social changes that would benefit the poor, and how that resulted in him clashing with the authorities in Jerusalem. It is not meant to be a condemnation of those who regard Jesus as the Son of God. It is simply meant to tell a story of how Jesus might have lived if we were to remove all of the associations with Christ, and focus instead on the firsthand account of a young Jewish man with views about his faith that were progressive for the time