- An Essay on Spinoza's Metaphysics 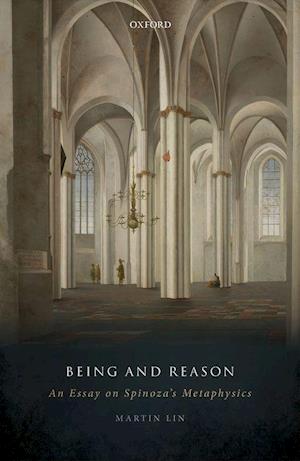 In Being and Reason, Martin Lin offers a new interpretation of Spinoza's core metaphysical doctrines with attention to how and why, in Spinoza, metaphysical notions are entangled with cognitive, logical, and epistemic ones. For example, according to Spinoza, a substance is that which can be conceived through itself and a mode is that which is conceived through another. Thus, metaphysical notions, substance and mode, are defined through a notion that iseither cognitive or logical, being conceived through. What are we to make of the intimate connections that Spinoza sees between metaphysical, cognitive, logical, and epistemic notions? Or between being and reason? Lin argues against idealist readings according to which the metaphysical is reducible to orgrounded in something epistemic, logical, or psychological. He maintains that Spinoza sees the order of being and the order of reason as two independent structures that mirror one another. In the course of making this argument, he develops new interpretations of Spinoza's notions of attribute and mode, and of Spinoza's claim that all things strive for self-preservation. Lin also argues against prominent idealist readings of Spinoza according to which the Principle of Sufficient Reason isabsolutely unrestricted for Spinoza and is the key to his system. He contends, rather, that Spinoza's metaphysical rationalism is a diverse phenomenon and that the Principle of Sufficient Reason is limited to claims about existence and nonexistence which are applied only once by Spinoza to the case of thenecessary existence of God.

Forfattere
Bibliotekernes beskrivelse In Spinoza's metaphysics there is only one substance, God or nature. Martin Lin offers a new interpretation, arguing against idealist readings where the metaphysical is grounded in something epistemic, logical, or psychological. In Lin's realist interpretation, finite natural creatures stand to God or nature as waves stand to an ocean.