- The Practice and Politics of Irony 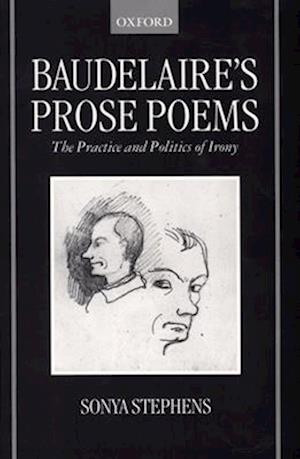 The aim of this book is to offer a new reading of Baudelaire's Petits Poemes en prose which demonstrates the significance of ironic otherness for the theory and functioning of the work and for the genre of the prose poem itself. The book considers Baudelaire's choice of this genre and the way in which he seeks to define it, both paratextually and textually. It examines the ways in which the prose poem depends on dualities and deboublementsas forms of lyrical and narrative difference which, in their turn, reveal ideological otherness and declare the oppositionality of the prose poem. Finally, the book demonstrates a relationship between these forms of otherness and Baudelaire's theory of the popular comic arts and, in doing so, proposes that the prose poemsshould be read as literary caricature.

Forfattere
Bibliotekernes beskrivelse This book considers Baudelaire's prose poetry as an exploration of the duality of the genre. It considers the ironic and parodic aspects of the work and, in the light of Baudelaire's own theories of the comic, argues that his prose poetry is best understood as a form of literary caricature.