- Atheism in the Ancient World 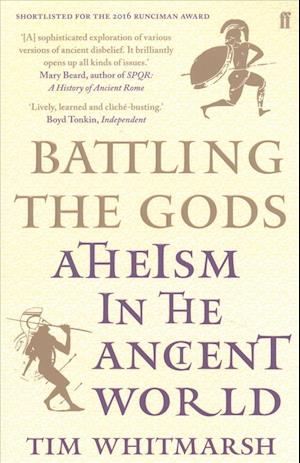 How new is atheism?Long before the Enlightenment sowed seeds of disbelief in a deeply Christian Europe, atheism was a matter of serious public debate in the Greek world. But history is written by those who prevail, so the lively free-thinking voices of antiquity were mostly suppressed. Tim Whitmarsh brings to life the origins of the secular values at the heart of the modern state, and reveals how atheism and doubt, far from being modern phenomena, have intrigued the human imagination for thousands of years.