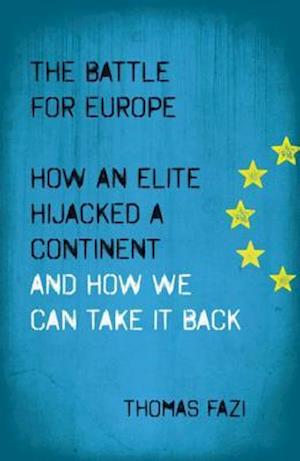 The Battle for Europe brings into sharp focus the historical importance of the current Eurozone crisis. Thomas Fazi argues that European Union (EU) elites have seized on the financial crash to push through damaging neoliberal policies, undermining social cohesion and vital public services. Drawing on a wealth of sources, Fazi argues that the EU's austerity policies are not simply a case of political and ideological short-sightedness, but part of a long-term project by elites to remove the last remnants of the welfare state and complete the neoliberal project.As well as an urgent critique of the EU and monetary union as currently constituted, The Battle for Europe showcases a programme for progressive reform and outlines how citizens and workers of Europe can radically overhaul EU institutions.