Baroque between the Wars 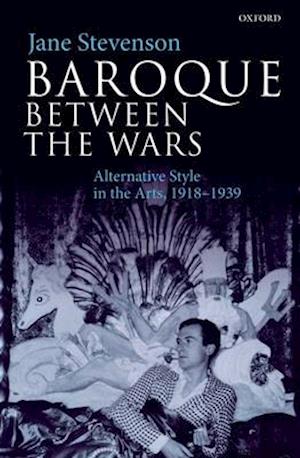 Baroque between the Wars is a fascinating account of the arts in the twenties and thirties. We often think of this time as being dominated by modernism, yet the period saw a dialogue between modern baroque - eclectic, playful, camp, open to influence from popular culture but connected with the past, and unafraid of the grotesque or surreal - and modernism, which was theory-driven, didactic, exclusive, and essentially neo-classical.Jane Stevenson argues that both baroque and classical forms were equally valid responses to the challenge of modernity. Setting painting and literature in the context of 'minor arts' such as interior design, photography, fashion, ballet, and flower arranging, and by highlighting the social context and sexual politics of creative production, Stevenson offers a new and exciting interpretation of one of the most renowned artistic movements of the 20th century. Accessibly written and generously illustrated, the volume focuses on artists, artefacts, clients, places, and publicists to demonstrate how baroque offered a whole new way of being modern. The modern baroque was an active subversion of the tenets of modernism, practised by the people that modernism habitually excluded. Stevenson brings those excluded groups into the centrefold of the modern baroque movement in a rich history of the alternative style which has influenced much of the art,architecture, performance and literature of today.