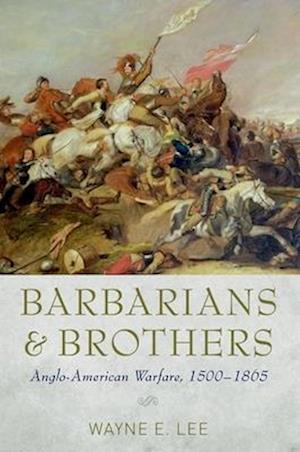 The most important conflicts in the founding of the English colonies and the American republic were fought against enemies either totally outside of their society or within it: barbarians or brothers. In this work, Wayne E. Lee presents a searching exploration of early modern English and American warfare, looking at the sixteenth-century wars in Ireland, the English Civil War, the colonial Anglo-Indian wars, the American Revolution, and the American Civil War.Crucial to the level of violence in each of these conflicts was the perception of the enemy as either a brother (a fellow countryman) or a barbarian. But Lee goes beyond issues of ethnicity and race to explore how culture, strategy, and logistics also determined the nature of the fighting. Each conflict contributed to the development of American attitudes toward war. The brutal nature of English warfare in Ireland helped shape the military methods the English employed in North America, justas the legacy of the English Civil War cautioned American colonists about the need to restrain soldiers' behavior. Nonetheless, Anglo-Americans waged war against Indians with terrifying violence, in part because Native Americans' system of restraints on warfare diverged from European traditions. TheAmericans then struggled during the Revolution to reconcile these two different trends of restraint and violence when fighting various enemies.Through compelling campaign narratives, Lee explores the lives and fears of soldiers, as well as the strategies of their commanders, while showing how their collective choices determined the nature of wartime violence. In the end, the repeated experience of wars with barbarians or brothers created an American culture of war that demanded absolute solutions: enemies were either to be incorporated or rejected. And that determination played a major role in defining the violence used againstthem.

Forfattere
Bibliotekernes beskrivelse Historian Wayne Lee here presents a searching exploration of early modern English and American warfare, including the English Civil War and the American Revolution. He shows that, in the end, the repeated experience of wars with barbarians or brothers created an American culture of war that demands absolute solutions: enemies are either to be incorporated or rejected, included or excluded. 16 illus.