Balancing on the Mechitza 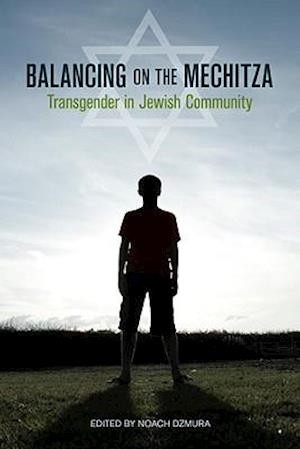 ***WINNER, 2011 Lambda Literary Award - Transgender Non-Fiction While the Jewish mainstream still argues about homosexuality, transgender and gender-variant people have emerged as a distinct Jewish population and as a new chorus of voices. Inspired and nurtured by the successes of the feminist and LGBT movements in the Jewish world, Jews who identify with the "T" now sit in the congregation, marry under the chuppah, and create Jewish families. Balancing on the Mechitza offers a multifaceted portrait of this increasingly visible community. The contributors--activists, theologians, scholars, and other transgender Jews--share for the first time in a printed volume their theoretical contemplations as well as rite-of-passage and other transformative stories. Balancing on the Mechitza introduces readers to a secular transwoman who interviews her Israeli and Palestinian peers and provides cutting-edge theory about the construction of Jewish personhood in Israel; a transman who serves as legal witness for a man (a role not typically open to persons designated female at birth) during a conversion ritual; a man deprived of testosterone by an illness who comes to identify himself with passion and pride as a Biblical eunuch; and a gender-variant person who explores how to adapt the masculine and feminine pronouns in Hebrew to reflect a non-binary gender reality.