Autumn on the Trail to Santiago 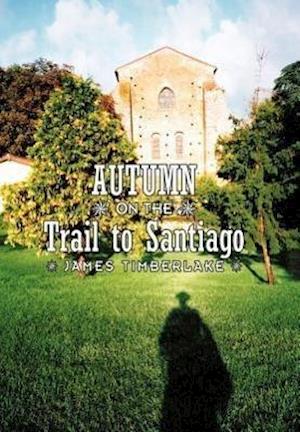 Autumn on the Trail to Santiago begins where Sons of Thunder left off... same man, same spirit... blood, sweat and soul expressed out the same marrow but much is changed with the landscape, skyscape and timescape that inform the in-scape of mind. The eye popping Whippit hit of June and July's Spain mellows now in the soft autumnal exhale reflected in cooling days, lengthening nights and the repletion and harvest of agricultural labors along a string of trails spanning across southern France, over the Pyrénées, along northern Spain and into Santiago for a second time this year. While writing Autumn on the Trail to Santiago natural section breaks appeared in a way they did not in the flood-rush of Sons of Thunder. The initial 'On n'est pas riche mais on vie bien' segment is a toast to my family and to the love expressed in a plate of food. 'Between the Rabbits' puts comestible brackets around le Chemin d'Arles, from Arles to the Pyrénées. 'Aragonia' describes el Camino Aragonés' descent from the storm ravaged Pyrénées-Pirineos into Spain, to re-connect with el Camino Francés in Puenta la Reina. And 'Broken Water, Spanish Rain' is the long last leg of the journey; a dark wet trek down the metaphysical birth canal to Santiago, to the sea, and to the rest of life beyond this adventure.