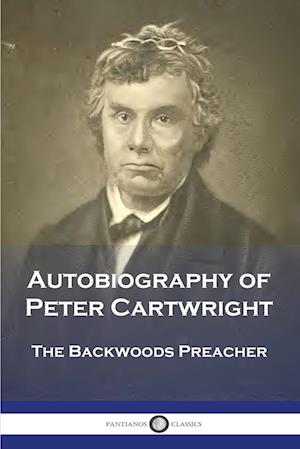 Peter Cartwright, affectionately termed the 'backwoods preacher', tells his life story; a tale of adventure, hardship and inspiration for all who follow God's path.

Born at a time when the USA was a newborn nation, Peter Cartwright experienced a formal conversion to the Christian creed at the age of fifteen while attending camp. Witnessing the power the Christian ministry in his fledgling country had to commit good, Cartwright became a devout student of the holy scripture and aspired to work as a preacher for a lifetime.

Opportunity presented itself in the form of the Methodist Episcopal Church. An enthusiastic speaker, Cartwright preached for four years prior to being officially ordained; he tells of learning to exhort crowd members and move them to the service of God. From a young age, Cartwright placed his own moral convictions above the church's association with politics; what was wrong was wrong, even things enshrined in the law and government of a society.

Peter Cartwright was an early opponent of slavery, and campaigned for the abolitionist cause. The major chapters in this side of his life are alluded to; for the author, the freedom of all men was a crucial part of Christian fellowship. He describes a reluctance among fellow churchmen to oppose the subject, and how this only fired his enthusiasm further in seeking legislative redress - an outlawing of the practice nationwide.

For most of his career, Cartwright roamed the Midwest, from the frontier through to Kentucky and Illinois. A popular personality on the preaching circuit, he was nicknamed 'God's Plowman' - as his travels took him across hundreds of miles of fertile country. The author would later seek and win political office, with this autobiography sealing his legacy, recapping as it does the upheaval and changes in a great country and its expression of faith.