- 'They Shall Not Grow Old' 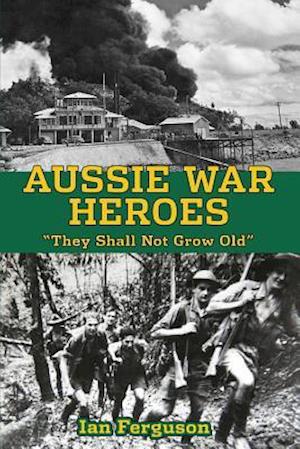 "With bayonet in hand, I cautiously approached the narrow opening..."These words begin a chilling first-hand account of a life endangering situation which confronted John "Jethro" Thompson in 1967, when he served as a Tunnel Rat in Vietnam . Jethro is just one of many Australian war heroes whose brave deeds in various war zones are highlighted in Ian Ferguson's latest book. Graphic details are provided about the combat achievements of every current Australian VC winner, along with other legendary Aussies such as Nancy Wake, "Weary" Dunlop and Reg Saunders. The political, economic and social situations which have motivated Australians to risk their lives, from the Boer War of 1899 until the present day conflict in Afghanistan, are comprehensively documented, while the performances of many military leaders, including Sir John Monash and General Sir Thomas Blamey, are carefully analysed. Brolga's bestselling non-fiction author has produced another compelling book which will become a must read for every lover of Australian social history.

Forfattere
Bibliotekernes beskrivelse A celebration of the lives and achievements of Australian war heroes from the past to the present, including photographs and portraits. B&w photographs