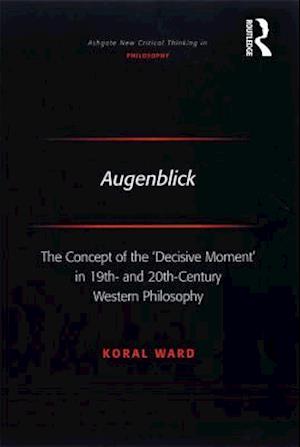 Augenblick, meaning literally 'In the blink of an eye', describes a 'decisive moment' in time that is both fleeting yet momentously eventful, even epoch-makingly significant. In this book Koral Ward investigates the development of the concept into one of the core ideas in Western existential philosophy alongside such concepts as anxiety and individual freedom. Ward examines the whole extent of the idea of the 'decisive moment', in which an individual's entire life-project is open to a radical reorientation. From its inception in Kierkegaard's works to the writings of Jaspers and Heidegger, she draws on a vast array of sources beyond just the standard figures of 19th and 20th century Continental philosophy, finding ideas and examples in photography, cinema, music, art, and the modern novel.