At the Kremlin Gates

- A Historical Portrait of Moscow 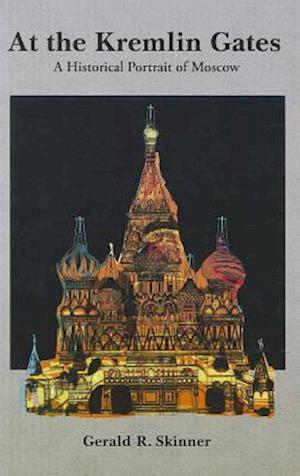 ?By tradition, Moscow is the easternmost bastion of western civilisation. Moscow has stood against invasion and war, pestilence and fire. It has been rejected by its own rulers, and its destruction has been planned by its dreamers and invaders alike. Yet it has survived. How this happened is the story of historical accident, the vagaries of geography and economicsand upon occasion, sheer human will and faith. Moscow is also the object of stereotype, from barbaric oriental capital to Holy city on the Hill. In its secular and religious manifestations it has been the goal of pilgrimage and a city of transcendent aspiration. In the twentieth century it was the headquarters of a class-based pogrom of appalling dimensions even as it was proclaimed the capital of global revolution. If Moscow has endured catastrophes barely imagined, it has also been the scene of creative brilliance. It holds a deep contradiction as being both the pilot-boat to hell, and a celestial city of the future. Moscow has bemused visitors, and even the most perceptive of them have fallen victim to their own preconceptions. This is a portrait of Moscow through time. It has one constant, the Kremlin, at once the supreme metaphor of state power but also a symbol of Russian national identity. The tension between Moscow as an urban community and the Moscow of empire and belief is fundamental to the citys narrative. Above it all stands the Kremlin, Moscows arbiter of history. This is also a historical case- study of the growth, development and near-death experiences of a single city to become a living monument to its own survival. It will be of interest to travellers, Urbanists and historians alike.

Forfattere
Bibliotekernes beskrivelse This title views Moscow through the lens of the Kremlin - both the heart of the political state and Russian national identity. Gerald R. Skiller is a retired Canadian ambassador who studied in Moscow in the 1960s and was on hand for the attempted coup of 1991 and subsequent breakup of the Soviet Union. He is now a tutor at the University of Oxford.