Astronomy of the Inca Empire 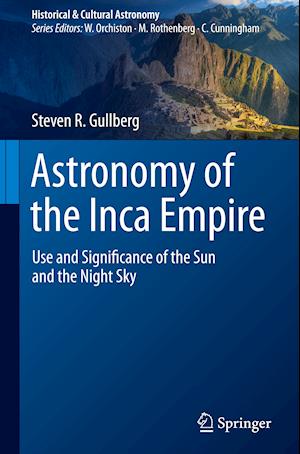 Astronomy in the Inca Empire was a robust and fundamental practice. The subsequent Spanish conquest of the Andes region disrupted much of this indigenous culture and resulted in a significant loss of information about its rich history. Through modern archaeoastronomy, this book helps recover and interpret some of these elements of Inca civilization.Astronomy was intricately woven into the very fabric of Andean existence and daily life. Accordingly, the text takes a holistic approach to its research, considering first and foremost the cultural context of each astronomy-related site. The chapters necessarily start with a history of the Incas from the beginning of their empire through the completion of the conquest by Spain before diving into an astronomical and cultural analysis of many of the huacas found in the heart of the Inca Empire.Over 300 color images-original artwork and many photos captured during the author's extensive field research in Machu Picchu, the Sacred Valley, Cusco, and elsewhere-are included throughout the book, adding visual insight to a rigorous examination of Inca astronomical sites and history.