Asian Americans and the Shifting Politics of Race 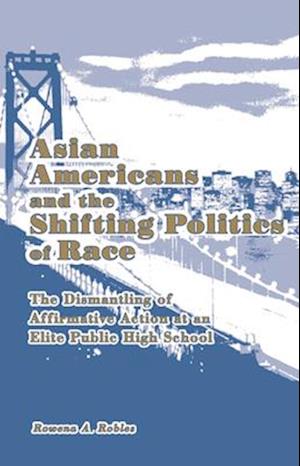 Asian Americans and the Shifting Politics of Race examines the political and discursive struggles around the dismantling of race-based admissions policies in an elite public high school in San Francisco. The book analyzes the arguments put forth by plaintiffs in and the media's depiction of the case, Brian Ho, Patrick Wong, & Hilary Chen v. SFUSD. The Ho lawsuit, filed by a group of Chinese Americans, challenged race-based admissions policies that were intended to ensure diversity by giving special consideration to African-American and Latino students. Robles argues that the Ho plaintiffs exploited the dominant racial construction of Asian Americans as model minorities to portray themselves as victims of discrimination, and relied on contrasting constructions of Black and Latino students as undeserving and unqualified beneficiaries of affirmative action. The decision in favor of the plaintiffs effectively ended school desegregation, racial balance, and affirmative action in San Francisco. In order to examine the consequences of the Ho decision on student attitudes, Robles spent four years studying and observing the first cohort of students to enter the high school after race was eliminated from admissions considerations.