As a Driven Leaf 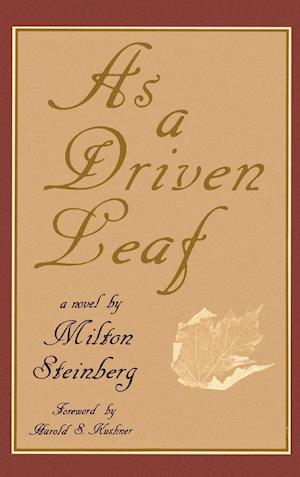 A spirited classic of American Jewish literature, a historical novel about ancient sage-turned-apostate Elisha ben Abuyah in the late first century C.E. At the heart of the tale are questions about faith and the loss of faith and the repression and rebellion of the Jews of Palestine. Elisha is a leading scholar in Palestine, elected to the Sanhedrin, the highest Jewish court in the land. But two tragedies awaken doubt about God in Elisha's mind, and doubt eats away at his faith. Declared a heretic and excommunicated from the Jewish community, he journeys to Antioch in nearby Syria to begin a quest through Greek and Roman culture for some fundamental irrefutable truth. The pace of the narrative picks up as Elisha directly encounters the full force of the ancient Romans' all-consuming culture. Ultimately, Elisha is forced by the power of Rome to choose between loyalty to his people, who are rebelling against the emperor's domination, and loyalty to his own quest for truth.-Publishers Weekly