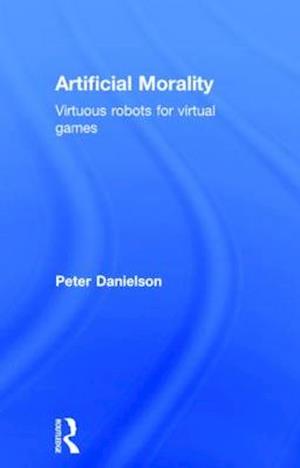 This book explores the role of artificial intelligence in the development of a claim that morality is person-made and rational. Professor Danielson builds moral robots that do better than amoral competitors in a tournament of games like the Prisoners Dilemma and Chicken. The book thus engages in current controversies over the adequacy of the received theory of rational choice. It sides with Gauthier and McClennan, who extend the devices of rational choice to include moral constraint. Artificial Morality goes further, by promoting communication, testing and copying of principles and by stressing empirical tests.

Forfattere
Bibliotekernes beskrivelse Explores the role of artificial intelligence in the development of a claim that morality is person made and rational.