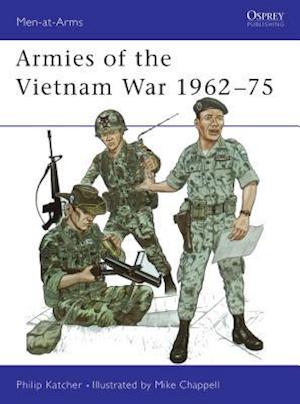 Philip Katcher provides an overview to the conflict that engulfed Vietnam following the division of the country into two along the 17th Parallel in 1954. The uniforms and insignia of the US forces, including the army, Special Forces, air force, navy and marine corps, are dealt with in detail, together with those of the ARVN, the Allied Forces (such as the Royal Thai Army and Korean troops), and also the Communist NLF (Viet Cong) and NVA forces. Mike Chappell's colourful artwork provides plenty of detail to accompany this authoritative text.