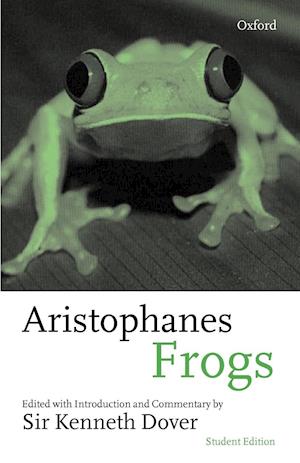 Among extant Greek comedies, the Frogs is unique for the light it throws on classical Greek attitudes to tragedy and to literature in general. Sir Kenneth Dover's edition, with a full introduction and extensive commentary, has been the most comprehensive edition available, drawing together the relevant scholarship that had accumulated on the subject. The general purpose and character of the abridged version remains the same: to provide a helpful guide on a difficultauthor for students who wish to translate the play, or need to interpret it for performance. In this edition, nothing relevant to the performance of the play on stage has been sacrificed although information on manuscripts and discussion of the history of the text have been pared to a minimum, andarguments on controversial points have been abbreviated. Where relevant, conclusions reached in the original edition have been changed in the light of work done by others since 1993. The inclusion of a vocabulary should reduce the need for students to have recourse to a lexicon.