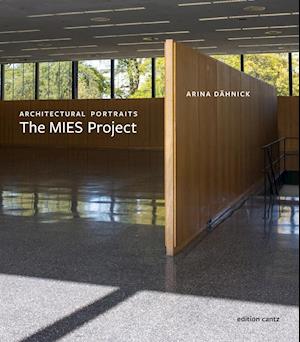 The Berlin-based photo artist Arina D hnick follows in the footsteps of Ludwig Mies van der Rohe in her study of city life and urbanity, the contrasts of inside and outside, of blurriness and focus, reflections and mirror images, and plays with the viewer's perception. She discovered van der Rohe's architecture in the fall of 2012, when, after a thunderstorm, she perceived the Neue Nationalgalerie in a both fascinating and paradoxical spatial experience of boundless vastness--and a simultaneous feeling of being held. From then on she photographed the building under various conditions until its closure in 2015, following in Mies van der Rohe's footsteps from Berlin to Brno, from Chicago to New York. She captured his most famous buildings--including the Villa Tugendhat, the Seagram Building, and the Lake Shore Drive Apartments--in impressive photo series that conveys her creative inspiration as well as the fascinating spatial experience of the architecture itself. Architectural Portraits. The MIES Project will be presented at the S. R. Crown Hall and the Goethe Institut in 2019, in parallel with this year's edition of the Chicago Architecture Biennial. The exhibition will subsequently travel to Barcelona, Brno, and Berlin.