Architecture, Philosophy, and the Pedagogy of Cinema

- From Benjamin to Badiou 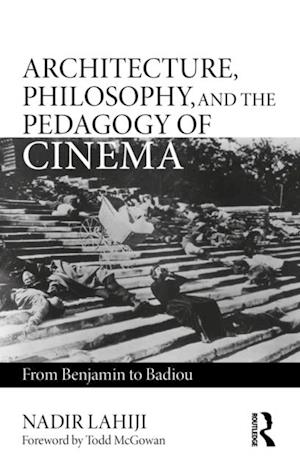 Philosophers on the art of cinema mainly remain silent about architecture. Discussing cinema as 'mass art', they tend to forget that architecture, before cinema, was the only existing 'mass art'. In this work author Nadir Lahiji proposes that the philosophical understanding of the collective human sensorium in the apparatus of perception must once again find its true training ground in architecture. Building art puts the collective mass in the position of an 'expert critic' who identifies themselves with the technical apparatus of architecture. Only then can architecture regain its status as 'mass art' and, as the book contends, only then can it resume its function as the only 'artform' that is designed for the political pedagogy of masses, which originally belonged to it in the period of modernity before the invention of cinema.