Architecture and Urbanism in the British Empire 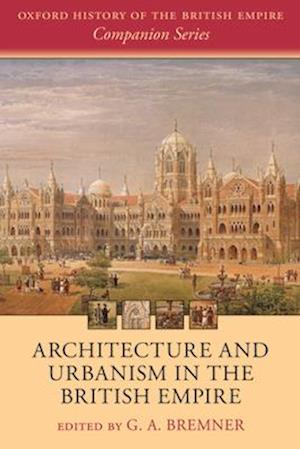 Throughout today's postcolonial world, buildings, monuments, parks, streets, avenues, entire cities even, remain as witness to Britain's once impressive if troubled imperial past. These structures are a conspicuous and near inescapable reminder of that past, and therefore, the built heritage of Britain's former colonial empire is a fundamental part of how we negotiate our postcolonial identities, often lying at the heart of social tension and debate over how thatidentity is best represented.This volume provides an overview of the architectural and urban transformations that took place across the British Empire between the seventeenth and mid-twentieth centuries. Although much research has been carried out on architecture and urban planning in Britain's empire in recent decades, no single, comprehensive reference source exists. The essays compiled here remedy this deficiency. With its extensive chronological and regional coverage by leading scholars in the field, this volume willquickly become a seminal text for those who study, teach, and research the relationship between empire and the built environment in the British context. It provides an up-to-date account of past and current historiographical approaches toward the study of British imperial and colonial architecture andurbanism, and will prove equally useful to those who study architecture and urbanism in other European imperial and transnational contexts.The volume is divided in two main sections. The first section deals with overarching thematic issues, including building typologies, major genres and periods of activity, networks of expertise and the transmission of ideas, the intersection between planning and politics, as well as the architectural impact of empire on Britain itself. The second section builds on the first by discussing these themes in relation to specific geographical regions, teasing out the variations and continuitiesobservable in context, both practical and theoretical.

Forfattere
Bibliotekernes beskrivelse A comprehensive overview of the architectural and urban transformations that took place across the British Empire between the seventeenth and mid-twentieth centuries, exploring the built heritage of Britain's former colonial empire as a fundamental part of how we negotiate our postcolonial identities. numerous black and white figures/illustrations