Appetite and Its Discontents 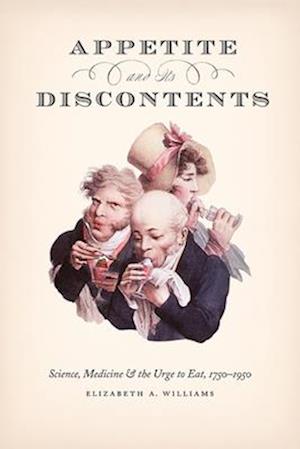 Why do we eat? Is it instinct, or some other impetus? Despite the necessity of food, anxieties about what and how to eat are widespread in our culture, and scientists and physicians continue to have shifting theories about the phenomenon of appetite and its causes and norms. In Appetite and Its Discontents, Elizabeth A. Williams charts the history of inquiry into appetite between 1750 and 1950, as scientific and medical concepts of appetite shifted alongside developments in physiology, natural history, psychology, and ethology. Williams argues that trust in appetite was undermined in the mid-eighteenth century, when researchers who investigated ingestion and digestion began claiming that science alone could say which ways of eating were healthy and which were not. Tracing nineteenth- and twentieth-century conflicts over the nature of appetite, Williams explores contemporary worries about eating through the lens of science and medicine to show us how appetite--once a matter of personal inclination--became an object of science.