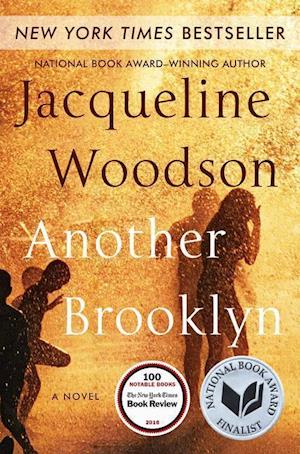 A Finalist for the 2016 National Book Award

Running into a long-ago friend sets memory from the 1970s in motion for August, transporting her to a time and a place where friendship was everything--until it wasn't. For August and her girls, sharing confidences as they ambled through neighborhood streets, Brooklyn was a place where they believed that they were beautiful, talented, brilliant--a part of a future that belonged to them.

But beneath the hopeful veneer, there was another Brooklyn, a dangerous place where grown men reached for innocent girls in dark hallways, where ghosts haunted the night, where mothers disappeared. A world where madness was just a sunset away and fathers found hope in religion.

Like Louise Meriwether's Daddy Was a Number Runner and Dorothy Allison's Bastard Out of Carolina, Jacqueline Woodson's Another Brooklyn heartbreakingly illuminates the formative time when childhood gives way to adulthood--the promise and peril of growing up--and exquisitely renders a powerful, indelible, and fleeting friendship that united four young lives.

For August, running into a long-ago friend sets in motion resonant memories and transports her to a time and a place she thought she had mislaid: 1970s Brooklyn, where friendship was everything.

August, Sylvia, Angela, and Gigi shared confidences as they ambled their neighborhood streets, a place where the girls believed that they were amazingly beautiful, brilliantly talented, with a future that belonged to them.

But beneath the hopeful promise there was another Brooklyn, a dangerous place where grown men reached for innocent girls in dark hallways, where mothers disappeared, where fathers found religion, and where madness was a mere sunset away.

Another Brooklyn is an enthralling work of literature from one of our most gifted novelists.