And They Shall Be Nameless

- The Wreck of Humanity 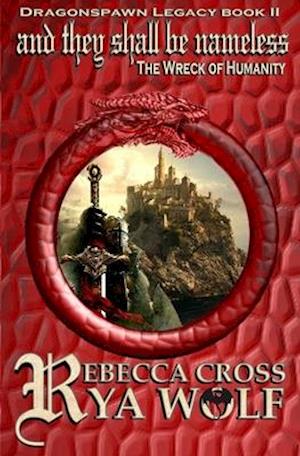 The Order of the Round Table was legendary, and its members were well known for doing the impossible. Jasin T mariz and Tatiana Richfield were no different. Their first impossible task had been accomplished - two women with unknown backgrounds had been accepted as Knights of the Round Table. They had more than earned it. Now it was time for the harder part - eliminating the one that would see it destroyed. The catalyst was already identified and Jase and Tash vowed they would find a way to make sure that catalyst could do nothing to influence the state of Camelot's security in the world. They had put too much of themselves into making that a reality already, and they are certain they can handle the cost. They know they cannot stay; that ultimatum was declared to them early to help them define their duty. In order to keep the continuum laws, they must return to their own time once the task is complete. Their advice is one simple key instruction, cryptic and nearly absurd in the scope of their duty: "Be careful to guard your hearts." It turns out to be easier said than done and in the end they must learn that there are some things that just can't be controlled, no matter how much blood, sweat, and tears are shed.