- A Critical History of Archaeology in 19th and 20th Century Greece 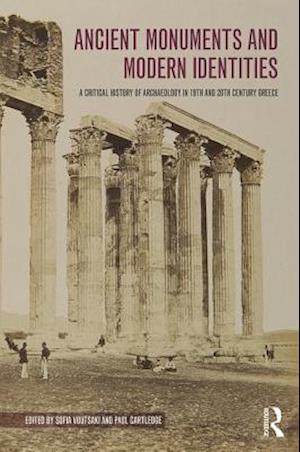 Ancient Monuments and Modern Identities sets out to examine the role of archaeology in the creation of ethnic, national and social identities in 19th and 20th century Greece. The essays included in this volume examine the development of interpretative and methodological principles guiding the recovery, protection and interpretation of material remains and their presentation to the public. The role of archaeology is examined alongside prevailing perceptions of the past, and is thereby situated in its political and ideological context. The book is organized chronologically and follows the changing attitudes to the past during the formation, expansion and consolidation of the Modern Greek State. The aim of this volume is to examine the premises of the archaeological discipline, and to apply reflection and critique to contemporary archaeological theory and practice. The past, however, is not a domain exclusive to archaeologists. The contributors to this volume include prehistoric and classical archaeologists, but also modern historians, museum specialists, architectural historians, anthropologists, and legal scholars who have all been invited to discuss the impact of the material traces of the past on the Modern Greek social imaginary.