Alla and the Piano 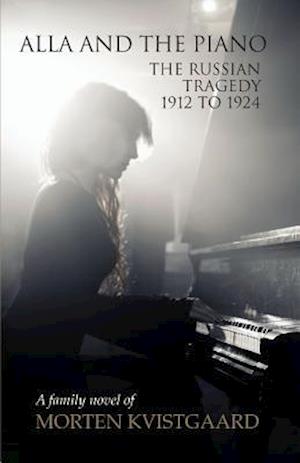 In 1912, revolution is brewing in Tsarist Russia, while in the Balkans, war is raging against the occupiers from Constantinople. The people want freedom, education and land. Europe is on the verge of disintegration.Alla Lermontova is 19 years old and a highly talented pianist, who gets the chance to study under the legendary Sergei Rachmaninov in Moscow. But a random encounter with the Bolshevik Ivan Krug has fatal consequences, both for her and for her family's future. Alla must give up her dream of becoming a concert pianist, and instead marry the ambitious lawyer Max Tsirkul. With her children Petr, Igor and Allochka, she tries to reconcile herself to the life of a judge's wife. But the days of the privileged Russian elite are numbered. The First World War, the Russian Revolution and the Civil War sweep across the country, changing it and the fate of Alla's family forever. What lies ahead are years of Red terror, famine and US emergency relief. Alla and her family find themselves caught up in the worldwide drama, which tragically leads to the collapse of Russia, but also holds out hope for the future. Alla and the Piano is based on a true story from a turbulent time in Russian history. Alla and the Piano - the Russian tragedy 1912 to 1924 is the first volume in a planned trilogy that will cover the history of the Lermontov-Tsirkul family from 1912 in Russia to the 21st century in Bosnia.