- Hundreds of Errors in the Princess Diana Conspiracy 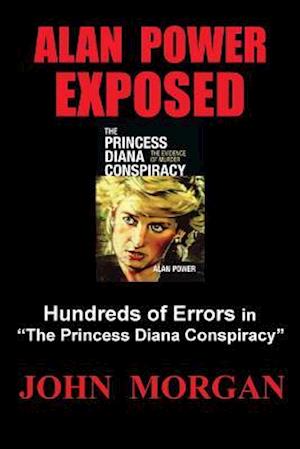 This extensive book review - written by an expert on the murder of Princess Diana - exposes Alan Power as a fraudster. Over 200 separate errors are shown, but with Power's propensity for repetition there are actually well over 500. The most disturbing factor is the nature of the errors - the 180 page review reveals that Power has deliberately duped his readers. There are many instances of Power fraudulently altering sworn witness evidence to fit with his pre-determined false scenario of what occurred. Alan Power Exposed shows that Power's book is a minefield of deceptive writing, manipulation of evidence, misinformation and misrepresentation of the facts. In the end it becomes impossible for the reader of The Princess Diana Conspiracy to discern what is fact and what is fiction or fantasy. At one point Power writes: "Rest assured, my perception is not given to exaggeration or fancy but is based on the facts" - but unfortunately the truth is quite the opposite. Power's claims of carrying out a ten year investigation and scrutinising the inquest evidence are shown to be false. Questions are raised over the book's authorship - there is evidence indicating the probability that there was more than one writer. The review also addresses the incredible "coincidence" in the timing of Power's publication - it was published within days of the Scotland Yard announcement that it was scoping new information on the crash, an allegation by Soldier N that the SAS were involved. Alan Power Exposed includes an analysis dealing with the reasons why there are so many critical errors in The Princess Diana Conspiracy - it is not an accident. The review raises the very real possibility that Power's book may in the future be used by the Establishment to deal a strategic blow against the entire Princess Diana conspiracy movement. This is an incisive review written by John Morgan, who has authored nine investigative books on the assassination of Princess Diana. He is viewed by many as the world's leading expert on the circumstances around the 1997 crash in Paris' Alma Tunnel. This is a must read for anyone who has read - or intends to read - Alan Power's book, The Princess Diana Conspiracy: The Evidence of Murder.