After the Cold War 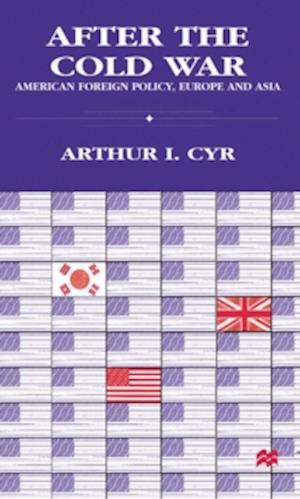 The end of the Cold War provides challenges and opportunities for American foreign policy leadership that arguably have been equalled in modern times only by the period in which the Cold War began. With the collapse of the Soviet Union and communist regimes in Eastern Europe, the partners of the Atlantic alliance have achieved a profound diplomatic and political victory of historic importance. The international system which has resulted, however, arguably has more uncertainty and unpredictability than the familiar bipolar competition between the two superpowers and their allies. The book describes these changes and provides suggestions for policy analysis and definition in the future. There is extensive discussion of developments during the Reagan, Bush and Clinton administrations, with particular reference to the two regions of Europe and Asia. There is a three-fold division between intellectual, structural and sociological dimensions of foreign policy, focusing respectively on the ideas and themes, alliance and other regional and international organizations - including the private corporation, and human dimensions which both define and influence evolving international relations. A principal argument is that the extraordinary expansion of communication, travel and economic activity and opportunity among industrialized nations has greatly enhanced American political and social influence. There is considerable comparative discussion of Europe and Asia, concluding that Britain and South Korea provide instructive examples for the understanding and conduct of foreign policy.