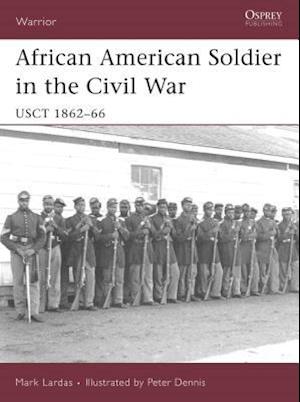 Approximately 200,000 African Americans fought for the Union during the Civil War. Initially, many white soldiers doubted their bravery and skill; they were soon proved wrong. The United States Colored Troops performed countless acts of courage, most famously at the battle of Fort Wagner where the 54th Massachusetts marched forth and scaled the parapets, only to be driven back in fierce hand-to-hand combat, and the battle of Honey Springs where they advanced regardless of deadly enemy fire and succeeded in repelling the Confederates. African Americans were even eventually conscripted by the Confederates to plug their shortages of manpower. Through fascinating first-hand accounts, this title examines the journey of the African American from slave to soldier to free man, ultimately providing a fascinating insight into the impact that these brave men had on the war and how it influenced their lives thereafter.