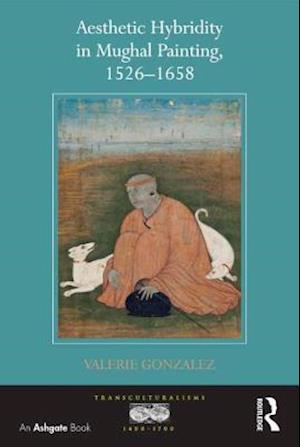 The first specialized critical-aesthetic study to be published on the concept of hybridity in early Mughal painting, this book investigates the workings of the diverse creative forces that led to the formation of a unique Mughal pictorial language. Mughal pictoriality distinguishes itself from the Persianate models through the rationalization of the picture's conceptual structure and other visual modes of expression involving the aesthetic concept of mimesis. If the stylistic and iconographic results of this transformational process have been well identified and evidenced, their hermeneutic interpretation greatly suffers from the neglect of a methodologically updated investigation of the images' conceptual underpinning. Valerie Gonzalez addresses this lacuna by exploring the operations of cross-fertilization at the level of imagistic conceptualization resulting from the multifaceted encounter between the local legacy of Indo-Persianate book art, the freshly imported Persian models to Mughal India after 1555 and the influx of European art at the Mughal court in the sixteenth and seventeenth centuries. The author's close examination of the visuality, metaphysical order and aesthetic language of Mughal imagery and portraiture sheds new light on this particular aspect of its aesthetic hybridity, which is usually approached monolithically as a historical phenomenon of cross-cultural interaction. That approach fails to consider specific parameters and features inherent to the artistic practice, such as the differences between doxis and praxis, conceptualization and realization, intentionality and what lies beyond it. By studying the distinct phases and principles of hybridization between the variegated pictorial sources at work in the Mughal creative process at the successive levels of the project/intention, the practice/realization and the result/product, the author deciphers the modalities of appropriation and manipulation of the heterogeneous elements. Her unique