- To 30 and Beyond: The Unauthorized Biography 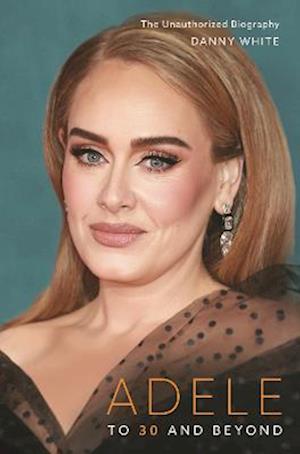 120 million records sold. The world's biggest selling album of the twenty-first century. Countless awards and accolades. Adele has captured the hearts of millions and this intimate biography tells the astonishing journey of the Queen of Pop.The trademark authenticity of Adele's songs has been hard earned: she was raised by a single mother and has been tested by bereavements and a string of break-ups. Just when she seemed to have left the pain behind, a harrowing divorce and a career-threatening throat injury brought new darkness and doubt to her doorstep.This book takes you behind the scenes of her highs, her lows and everything in between. Separating the myths from the truth, it examines the real Adele: a shrewd and ambitious star who approaches her career with an iconic blend of tradition and innovation.The superstar is back in the spotlight with a new album and a fresh look. But will Adeleever find happiness, or will she always be followed by what she calls her 'very dark side'?

Forfatter
Bibliotekernes beskrivelse A compelling biography of this internationally renowned and mercurial star, who has consistently stunned the music world with her heartfelt lyrics and extraordinary vocal talents for over a decade. 8pp colour plates