Across a Windswept Isle 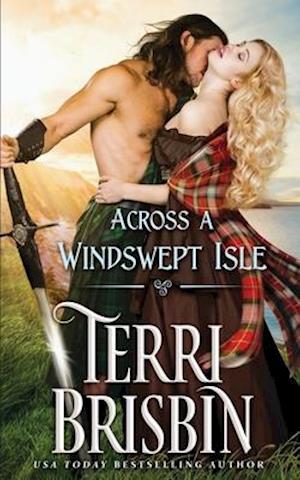 Ailis lost the love of her life. . . or is he standing right in front of her?

Lachlan MacLean loved his enemy's daughter but duty called for him to marry another. Attacked by an unseen assailant and left to die in a fiery grave, he survived and now wanders the isle of Mull without any memory of his past. He seeks anyone who might know him but the one he wishes to find is the woman who haunts his dreams and visions. When he encounters her, she is being given in marriage to another man. He doesn't know her name, but he knows he must have her to regain his life.

Ailish MacKinnon lost the love of her life in a terrible fire and months later is being forced by her father to marry. When she refuses and is given to the next man who enters the keep instead, she discovers that the mysterious 'Iain' reminds her of the man she lost. Worse, he encourages her to be the woman she should be. As the battle of wills between father and daughter builds, so does the passion between her and this hooded man.

Will she be able to claim the man she lost knowing that exposing his identity brings danger back to him? Or can she give him up now that she has found him?