Accountability in the European Union

indgår i serie Collected Courses of the Academy of European Law 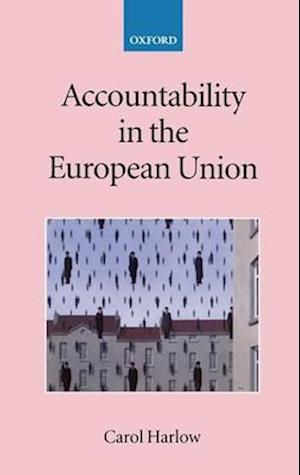 The debate over the 'democratic deficit' of the European Union has tended to focus on the legitimacy and representativeness of the European Parliament. It has been the policy-making powers of the Parliament and its struggle to secure the dominant role in law-making which have attracted attention. The dramatic resignation of the Santer Commission early in 1999, following a critical report to the Parliament, highlighted the growing problem of accountability in theEuropean Union and echoed concerns regularly expressed by the European Council during inter-governmental conferences for the efficiency and effectiveness of the Union and its institutions. The resignations were followed by the appointment of President Romano Prodi with a mandate for reform of theCommission.The present book approaches the issue of democratic deficit from the angle of accountability, today seen as an essential element of democratic government. It looks at differing understandings of the concept in the Member States and at various techniques, political, legal, and managerial, by which accountability can be ensured. These include the Parliament as well as national parliaments but extend to less familiar institutions, such as the European Court of Auditors. The book caters for ageneral readership and is intended for all those who are interested in the governance of the European Union.The author draws the conclusion that in trans-national forms of governance such as the European Union, it is difficult to hold policy-makers to account. Some of the reasons are institutional, others political and social. Without a vibrant civil society, the very notion of accountability may be a mirage.